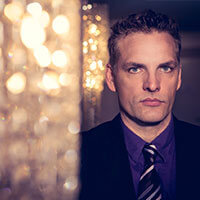 Manfred studied saxophone at the University of Music and Performing Arts in Vienna with Wolfgang Puschnig. His main instruments are tenor and alto saxophone, but he also plays soprano and baritone.
He was a main member of Austria’s best-known funk band „Hot Pants Road Club“for nearly two decades and also worked as the musical director and album producer for "Hot Pants Road Club".
After that he was on tour with the turbo-polka crossover band „Russkaja“ for more than 5 years with about 500 shows all over Europe, and also co-produced the first long-play album „Kasatchok Superstar“.
In 2009 he co-produced the debut album of the Austrian alternative band „Bilderbuch“.

He is currently a permanent member of the Austrian Rock’n’Roll singer Andy Lee Lang and plays various gigs with soul and funk acts in Austria such as Ramon, The Max Boogaloos, Ola Egbowon, Superfly Radio Orchestra, AP Allstars and many more. Don´t get around much anymore

Halleluja, I love her so

How deep is your Love

When you say nothing at all