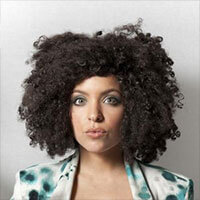 At only 16 Farina won the 2003 Coca-Cola casting call in Germany defeating 9 other contestants to win a recording contract, which saw her release her first published single „Dance the Music“. In 2005 she moved to Austria after being accepted to study Jazz at Graz’ University of Arts. In 2008 she won the ‘Red Bull Sound Clash’ with funk band Tyrone. In 2009 she started collaborating with Mr.Dero on a track called ‘No time to waste’, which made it on to the ‘Big Issue – Big Chill’ compilation in 2010 raising awareness and money for the homeless. Farina Miss is also currently front woman for live TV band „The Red Blues“ on Red Bull TV’s „Servus TV”.