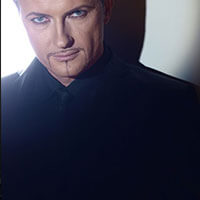 Book as: Solo / with band

Rudolf GAS – author, arranger, instrumentalist, producer and leader of the Slovenian army Big Band Orchestra, is moving from the mid-nineties into the soul, funk, R´nB and jazz style of music. At that time he was part of the famous band k.u.t GAS and from 2001 he is acts as an individual artist as RG. In the spring of this year his new single „Del neba“ came out along with the video. The new album will be released this autumn. In the past he worked with high class musicians/artists such as Josipa Lisac, Janez Lotric, Vlado Kreslin, Vlatko Stefanovsky, with the director and Set designer Matej Filipcic and many other famous artists.